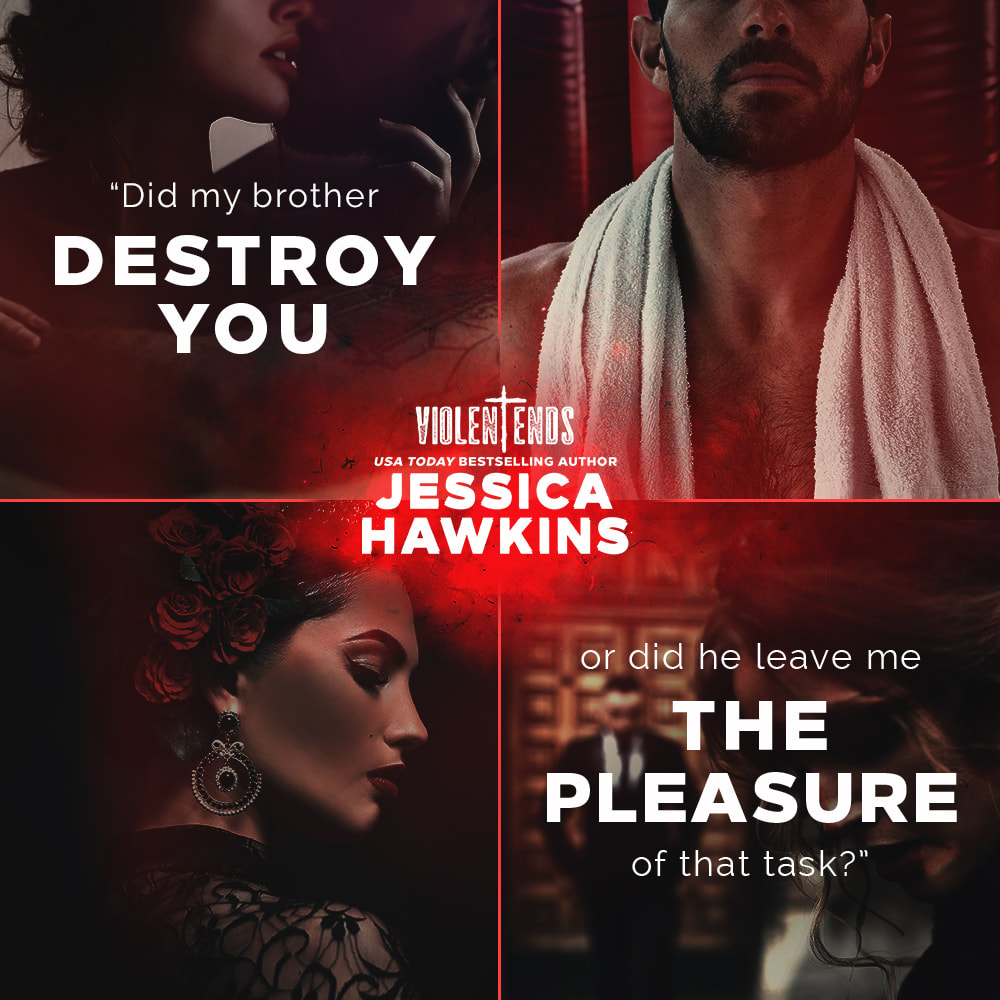 For the woman I claimed to love ? Built an army to protect her or died by her side. But I wouldn’t give her to another man, especially one I knew to be dangerous. And I won’t let him have you !

Did I tell you how much I love this series ? No ? Well, let me tell you one more time: This series is crushing me to endless pieces and I’m gladly accepting the pain !

“Violent Delights” ends in a cliffhanger and this book takes off right where we left. If you haven’t read book 1 yet, I advise you to stop reading my review NOW ! It doesn’t contain spoilers per se but you’ll link everything very quickly. So do yourself a favor and read book 1 first and then come back to my review

In a deadly game between two brothers, Natalia’s fate has been sealed by the actions of other’s. As Cristiano de la Rosa promised, he took Natalia as his wife. Against her will he crushed her and her dreams of Chicago and Diego and threw them out the window. Now, at the mercy of the dark, handsome devil Natalia finds herself in a world even darker than the one she knew. Between finding the candid and the liar, the lines start to blur and Natalia feels hopeless and lost. Can she live in this world ? And can she defeat the devil ?

After barely managing to not go insane after the cliffhanger in the first book, I was more than ready to finally get some answers. I wanted to see the cruelty of Cristiano and the darkness of his heart everyone was talking about. In addition to that I was ready for Natalia to finally see the truth about Diego and to open her mind for the possibility of Cristiano being a decent human being. While we got to see a lot of these things, we also saw how Natalia stayed naive.

Still strong and as beautiful as a rose with thorns, she finally stood up to her father and to Cristiano. When she talked, everyone was silent. There was so much strength in her voice, I was in awe.

“I am not your pawn. You can move me around, bury me, sell me, berate me, but you wont break me.“

The thing that disappointed me in Natalia was her naiveness. She was still extremely ignorant when it came to seeing the truth. I wanted more from her, but I have a feeling that we’ll get to see her rise in the final installment.

As for Cristiano’s presence in this book,- it was perfection. He’s dangerous, he’s controlled and surprisingly attentive. You couldn’t trick him even if you wanted to. He had his eyes and ear’s everywhere and he could read you in a matter of seconds. He was powerful and strong, he wasn’t just an average Cartel Leader! He was the best and he was feared. His dominance over Natalia made me swoon paired with his alluring movements and sensual desire. You could easily fall for him. And that’s what Natalia was afraid of: falling for him.

“I couldn’t take the chance that if I gave in and saw him as something other than the devil, I might stop fighting for my freedom.”

She had to resist him. But who can resist the darkness when there is no light ? She felt confused and slowly started to peel off layer after layer when it came to her husband. Until she started to question her loyalty and whether Cristiano was her enemy or her hero.

This couple is intoxicating. Every interaction between these two was filled with angst, animosity and flourishing desire. The air between them was combustable with every sentence that came out of Cristiano’s mouth. These two destroyed me !

The cliffhanger in the end wasn’t predictable this time (at least for me). I was literally screaming at the events in the end and I was thanking God that I started reading this Trilogy only when all the installments were available. My angst went straight through the roof with that cliffhanger and I was left in shock. It’s unnecessary to say that I went ahead and immediately bought book 3 after this !

Violent Ends by Jessica Hawkins did not disappoint. I loved every minute and every second of it. The story full of lies and deception, betrayal and hatred captivated me and keeps me dying for more. I could rave and rave about this book, but you just need to grab the book and enjoy it for yourself. One of my favorite series out there, I can’t wait to read the final installment.

This site uses Akismet to reduce spam. Learn how your comment data is processed.